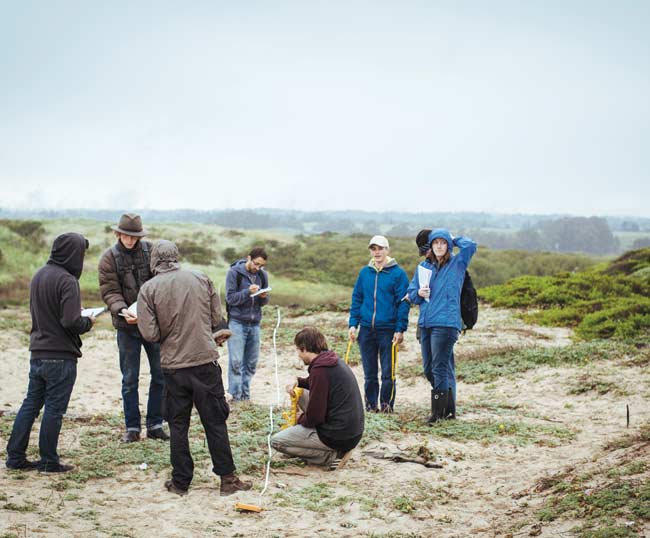 Our marine biologists-including Pete Raimondi, Mark Carr, and John Pearse-were actively involved in planning an unprecedented network of marine protected areas along the California coast, as called for in the 1999 Marine Life Protection Act. In addition to serving on science advisory teams, Raimondi and Carr are engaged in an intensive monitoring program to track the effects of the reserves on marine life. Their research in the Gulf of California, meanwhile, has confirmed the validity of a key concept behind marine reserves-the idea that offspring produced in a protected area can replenish the stocks of harvested species outside the reserve.