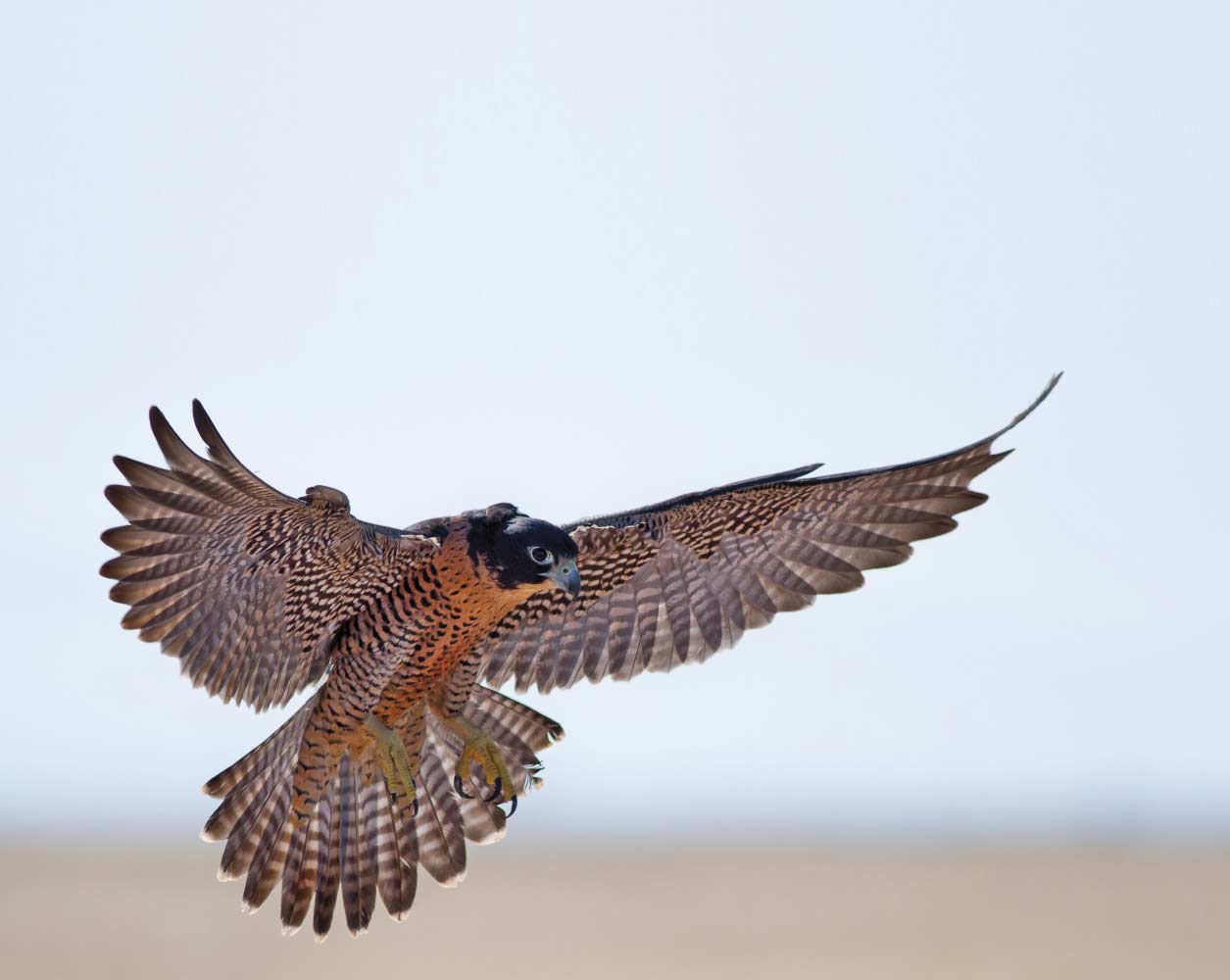 The peregrine falcon was removed from the endangered species list in 1999 thanks to the efforts of a seat-of-the-pants organization called the Santa Cruz Predatory Bird Research Group. The group MacGyvered its success with tactics including sending climbers up rock walls with homemade plywood backpacks to retrieve falcon eggs, which they would replace with fake eggs created by the UC Santa Cruz Art Department. Once the eggs hatched they were transported back to the nest.